Don’t Miss “Arthur’s Story” – A Documentary on Homelessness in Kitsilano on CBC Radio One, Oct. 15 at 1pm 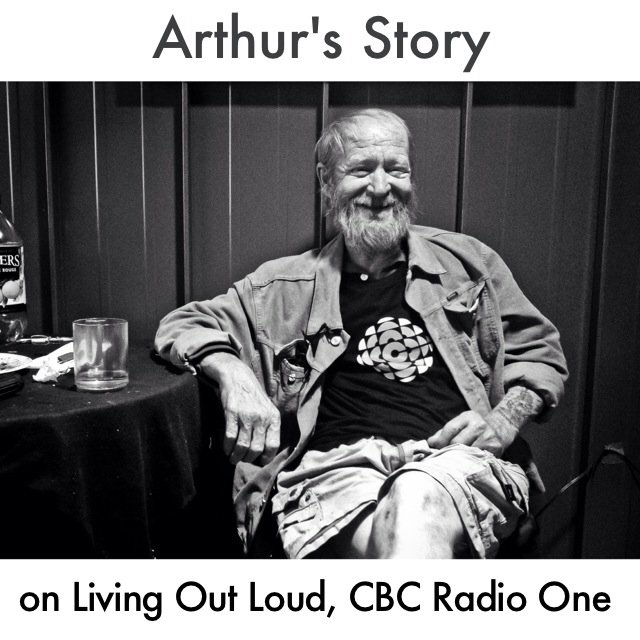 Homelessness Action Week (HAW) takes place in BC from October 13 to 19. Tune into CBC Radio One at 1pm today to listen to “Arthur’s Story,” an hour-long documentary following a homeless man in Kitsilano and Point Grey.

Journalist and Kits resident Suzanne Ahearne recorded some of Arthur’s stories before he moved inside and then gave him a mic and recorder on loan from CBC. Arthur spent almost a year recording his story of transitioning from a life outside to a new one inside. He tells it with raw emotion, humour, and unflinching honesty.

“Arthur’s Story”  follows Arthur as he tries to make a new life for himself in one of the new supportive housing buildings in the neighborhood. He’s surprised to find that in the quiet of his new apartment, his old life keeps rising up, demanding to be heard. He couldn’t just peel off the past and throw it away as easily as his old street clothes. To make a new life for himself, he has to first wrestle a lot of demons.  Arthur has lived homeless on the streets and in the parks of Vancouver’s Westside for almost twelve years. (In consideration of his family’s privacy he’s using only his first name).

To find out more about the activities of Homelessness Action Week and how you can help visit: Stophomelessness.ca

Hover over the interactive image above for more info and to hear audio clips from Arthur’s Story.

Like
Previous Story:
5 Pumpkin Desserts To Try Now
Next Story:
YYoga Opens Another Studio in the ‘Hood at Fir...