Bard On The Beach 2012 Season – Tickets On Sale 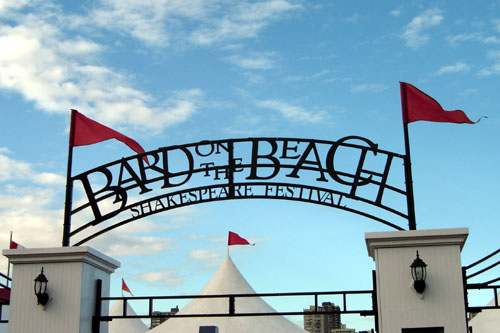 Tickets for Bard on the Beach Shakespeare Festival go on sale March 19th, kicking off the 23rd season of the summer festival, which will be returning to Vanier Park from May 31st to September 22nd.

Bard’s 2012 season launches with two productions on the BMO Mainstage. First up is the romantic comedy The Taming of the Shrew, directed by Meg Roe. Playing in repertory with The Taming of the Shrew is the drama Macbeth, directed by Miles Potter. The BMO Mainstage is located in the 742-seat Mainstage Theatre tent, specially built in 2011 to offer technical improvements, greater comfort and increased seating capacity.

Performances run Tuesdays through Sundays. Evening curtain is at 8pm, except Sunday evenings and from September 5 and onward, when curtain moves one hour earlier to 7pm. Matinees are presented on selected weekends and weekdays.

The performance schedule and information can be found on the Bard website at bardonthebeach.org.

Like
Previous Story:
Kitsilano Secondary part of the Most Confusing Court-Storming Ever
Next Story:
Spectus Eyewear moves into former Paboom space