With the rainy weather this week, I have been craving coconut curry. While first prize would be dinner with friends at Maenam, my sore throat and teething baby have prevented that. Luckily, I had tucked away a recipe by Maenam’s Angus An for Mussaman Chicken Curry that totally hit the spot! An made this recipe for the Farmers Market Kitchen (a live cooking stage) at Trout Lake Farmer’s Market earlier this fall.

An’s been written up by New York Magazine and The New York Times. The chef’s most recent accomplishment is becoming the executive chef/consultant at the  well-known Thai restaurant Kittichai in NYC’s 60 Thompson Hotel.

“He has agreed to make 8 to 10 trips this year, with each sojourn being a week to 10 days in duration. An says the Soho restaurant has a very capable chef de cuisine, and that he was brought on board to develop a new menu and help with its roll-out and maintenance. He’s doing French technique with modern Thai flavours for a NYC customer base (think Gastropod meets Maenam, only a little more sophisticated). The room has been known to pull in 300 covers a night on weekends, so it’s volume, volume, volume. A challenge, to be sure…It’s hard to think of the mild-mannered An as a star, but I suppose that’s what he is. Anyway, a headhunter contacted him a year ago about moving to Kittichai full-time, but with a successful restaurant in Kits and a young family to look after, it wasn’t something that he could do. Thank goodness for that. ” 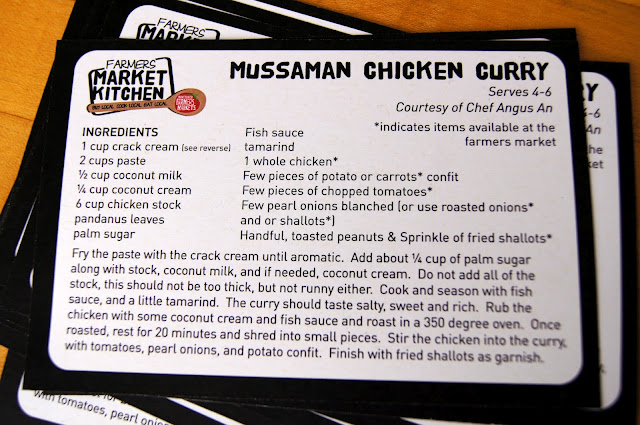 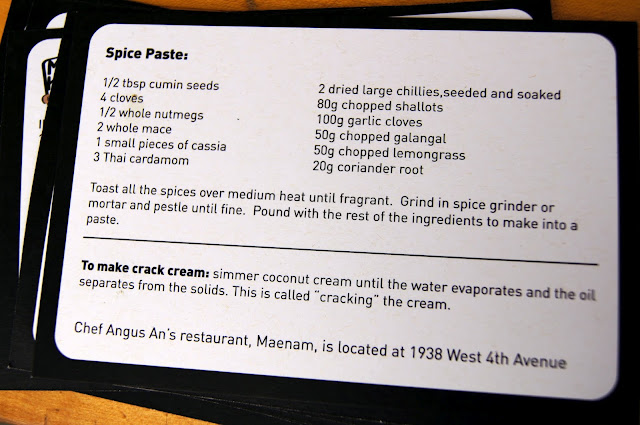 One Response to " Recipe: Mussaman Chicken Curry by Maenam’s Angus An "