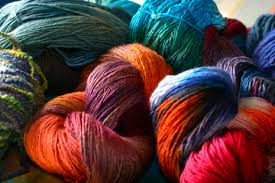 All of the women in my family including my in-laws can knit or crochet – except me! As the lone wolf, I have thought about taking lessons at Homecraft Importers on W 4th/Vine but just never got around to it. Unfortunately, with the neighbourhood wool shop now preparing to close, learning to knit will be put off for a while longer.

The good news is that unlike many independent stores along the street who have been pushed out due to increasingly high rents, Homecraft’s owner has simply decided to retire. Neighbourhood knitters need not despair either as one of the store’s employees will be opening a similar store near the Broadway/Macdonald area in the new few months. Until then, stop by Homecraft for high quality yarn, patterns and supplies now fifty percent off.

Like
Previous Story:
Get 40-70% off summer inventory at Moulé boutique’s Tent...
Next Story:
Your guide to Vancouver Celebration of Light fireworks: July...