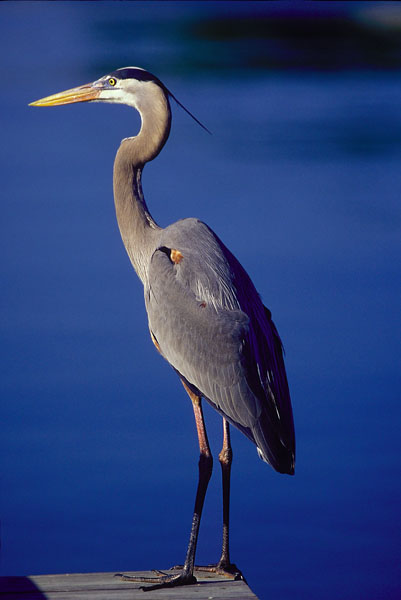 I can’t help enjoying bird watching. I know I’m in good company: it’s one of the world’s most popular hobbies. It will also get you teased. But so what? What’s a little ribbing compared to the majesty of a great blue heron with 2-metre wingspan in flight?

The great blue herons are out and about at Kitsilano Beach following their March-April breeding season. I’ve seen dog walkers stop to quietly approach and snap a quick pick. You can’t miss the regal silhouette. Or the harsh, throaty croaks.

Herons are also known to hang out in colonies -aka a heronry. There were seven herons standing together at low tide at Spanish Banks yesterday.

There should be even more heron sightings this summer, particularly in July and August, when the young leave the nests and follow their parents to feeding grounds to learn to to hunt and fish.

Have you had a memorable great blue heron sighting? Share by commenting. You can also add a photo by uploading to your Flickr account and using the tag kitsilanoca