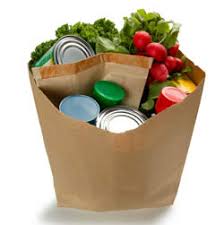 I have never been great at following a budget, but since I am now on maternity leave and our household income has decreased, I decided to take stock of our expenses and see where we could cut back. I was SHOCKED at how much we spent on groceries. We like good quality food and try to buy local and organic as much as possible, so I expected it to be high but…yikes…not that high! I thought surely we were spending at least twice what the average family was, but according to the Dieticians of Canada: 2011 Cost of Eating in British Columbia report published February 28, I guess not.

For the last decade, this report has detailed annual food costs for families in British Columbia. Health Canada’s National Nutritious Food Basket is a tool used to monitor the cost and affordability of healthy eating. In 2011, the provincial average cost of the nutritious food basket for a family of four was $868.43 per month. If you are a Kitsilano resident in the GVRD, that number increases to $944.16.

The report certainly highlights the fact that many BCers don’t have enough money to buy healthy food. Even families earning a reasonable living in Vancouver barely have anything left for other necessities after paying for both shelter and healthy food. Clearly a lack of food security in our community is a major concern.

The report recommends helping to build a strong market for local food by voting with your wallet and demanding it at restaurants, grocery stores, and other institutions. Great advice, but the problem is I already do this, resulting in a grocery bill that is even higher. Buying apples, meat, eggs and other products at the Farmers Market at three times the price of the items sold at Super Store is not sustainable as our family transitions to one salary. I would love to grown my own food, but the wait for a community garden plot is four years and the wait for a new home with my own garden plot is much, much longer.

How does a girl cut down on her grocery budget and support food security in her community?