Urban Outfitters is coming to 4th/Yew 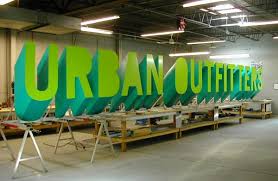 When Le Chateau recently closed at 4th/Yew, I started to fantasize about all the things this wonderful space might become. I even had a dream where it had become a cool, artsy wine bar frequented by many of my friends and neighbours. But my dream will not become a reality. Posters went up yesterday confirming rumours that the space would soon house boho American clothing and home decor chain Urban Outfitters.

My lack of enthusiasm about this news was tempered by a shriek of excitement from an early 20-something woman so loud it startled my four month old into tears. Clearly some people are very excited by the news. Rumour has it the store is slated for an April 2012 opening.

What were you hoping for the former Le Chateau space at West 4th and Yew? Are you an Urban Outfitters fan?
Urban Outfitters, 2199 West 4th (opening soon), Urbanoutfitters.com

Like
Previous Story:
Bike thieves are everywhere!
Next Story:
Westbeach is going out of business

5 Responses to " Urban Outfitters is coming to 4th/Yew "