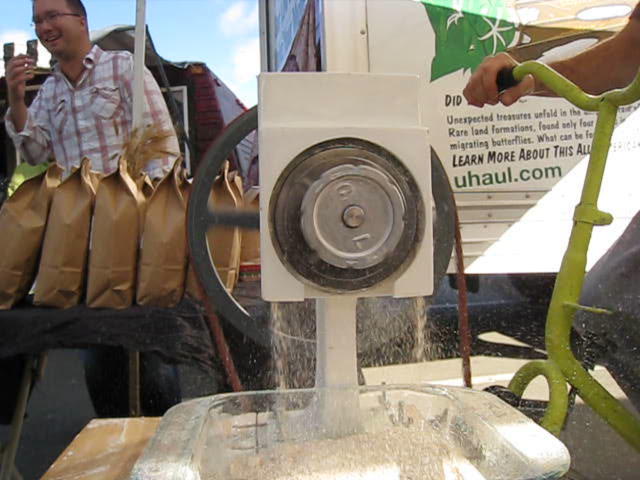 The Flour Peddler will be at Kitsilano Farmers Market, Sunday, June 17

WHAT TO DO THIS WEEKEND IN KITS

Kits does its own thing on Car Free Day. Rather than shut down a street like Commercial, Main and Denman, neighbours get together and host parties throughout the neighbourhood. Celebrations often include a barbecue, music, and living room set ups in the middle of the street. Check this map of block parties and join the fun.

MOV hosts a roundtable on the Stanley Cup Riot and civic history, June 15 at 6:30pm. Vancouverites are invited to join a convo with playwright Kevin Loring, City Councillor Andrea Reimer, and Vancouver photographer Maurice Li, in a “multi-faceted  examination of how the Riots altered our collective conscience, spurred new conversations, and changed how Vancouverites see themselves and each other.” Entry by donation.

3) Head out to the French Cultural Center’s Summer Festival, June 14-24.

Did you know that Vancouver’s French Cultural Centre is in Kitsilano? You’ll find it at West 7th and Fir. The annual French Cultural Summer Festival is on now through June 24 offering a diverse line up of Francophone entertainers. Kits blogger Janelle recommends the afternoon children’s performance by Monsieur Bemol, June 16.

Father’s Day June 17 is Dad’s day in the spotlight. How to do it up? Pamper him with craft beer and foodie pleasures. Give him time off. Take him out to a manly brunch at neighbourhood favourites including Oakwood, Hell’s Kitchen, Sunset, The Bimini, etc.

Our resident foodie blogger, Janelle, is raving about The Flour Peddler – a community based milling operation established on the Sunshine Coast. The Flour Peddler that sells locally harvested, whole grain flour. Fresh, locally milled flour is hard to come by. Even cooler, they mill on small stone mills and bicycles! We’ll put up a Flour Peddler Peanut Butter & Chocolate Chip Muffin recipe on Sunday.